(reblogged from the March 2013 LLAS ebulletin) 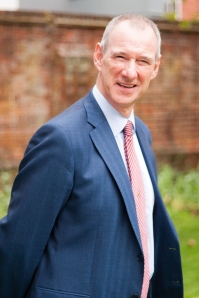 Travelling around Europe recently, it has been very humbling to see how difficult life is for colleagues in other countries. A Greek colleague has had a 65% reduction in salary; a Portuguese colleague had a 36% reduction; while an Irish colleague had ‘only’ a 25% pay cut. And alongside that, posts are being cut and departments closed. For all the austerity we are suffering in the UK, we are still relatively protected. Wisely, the government has maintained the funding for education and research at a level that many European colleagues might envy. It will certainly benefit the future prosperity of our country if it can be sustained.

Within this picture, there is now a reconfiguration of priorities, which poses challenges for the whole area of arts and humanities. The periodic jostling for public funding now means that the ‘soft’ subjects have to justify the resources devoted to them alongside the ‘hard’ sciences. This is the context for the AHRC’s new strategy, entitled The Human World. It affirms the value of arts and humanities research, and argues that the people, skills and research that it supports interact with public life to bring cultural, intellectual and economic benefits to the UK.

The argument is an important one, and reflects a change of emphasis that brings the need for public impact into the centre of our concerns, rather than sitting on the periphery as ‘nice-to-have’ side effects. Those colleagues currently grappling with REF submissions will be all too aware of this. The new emphasis is not specific to the UK, but is now the settled view of governments across Europe. The growth and jobs agenda will be an increasing feature of research funding from every source. The challenge is for us to develop compelling arguments without abandoning our core values.

The arguments may be more familiar to languages people than to other disciplines in the humanities since we have had to argue the case for our subject endlessly over the past twenty years or so. The signs are that we shall have to redouble our efforts in this if our subject is to survive for the next twenty years.