This morning, the All-Party Parliamentary Group on Modern Languages launched its ‘Manifesto for Languages’, calling on “all political parties to make general election manifesto commitments to boost language learning”. The call for stronger commitment to MFL teaching and learning is supported by many major businesses, organisations and universities whose role in improving British language skills is said to be crucial, and the manifesto calls for “a commitment to maintaining and developing UK expertise in modern languages and cultures in university language departments”.

At the same time, the University Council of Modern Languages (UCML) is calling on all universities to make “a GCSE A*-C grade or equivalent in a modern foreign language a pre-requisite for admission to undergraduate programmes in any discipline” in order to contribute to the development of “global graduates”.

(All quotes from the THE article “University role ‘crucial’ for languages recovery“.)

The APPG’s manifesto is receiving widespread press coverage today; follow the links to some of the reports:

British Council: “The APPG launches the Manifesto for Languages today”

The Independent: “Lack of foreign-language skills ‘threatens the UK economy’“

One of the central tenets of the European Union is a free labour market which offers skilled individuals the mobility to move with demand. However, a new study shows that only 3% of EU citizens of working age live and work in a different EU country. One of the main reasons: the language trap.

Especially in today’s difficult economic times, many well-trained citizens from the countries hit the hardest by the financial crisis are looking to Germany to find employment. And Germany is in desperate need of skilled employees in a number of sectors, such as engineering, IT, and health care. However, German employers are very rarely willing to compromise when it comes to language skills, and few of the international job seekers have the German language skills required; instead, they all learnt English in school. And while “English is widely used in multi-national companies”, this is “rarely [the case] in the public sector or the small-to-medium sized enterprises that employ the bulk of the European labor force.”

To learn more about the study and current trends in labour mobility, read “Class of 2012: Yound Europeans trapped by language“

Good news for language graduates: A report on UK labour market demand for modern language graduates, published by the University Council of Modern Languages (UCML), shows that despite the often-voiced claim that non-European languages such as Arabic and Mandarin Chinese should be given preference when planning foreign language provision in secondary and higher education, the European “Big4″ French, German, Spanish and Italian remain most in demand by employers specifying a language for recruitment: “[The] results show that [non-European languages] are requested in addition to – not instead of – the Western European languages that have been taught for so many years in UK higher education.” (p. 96) 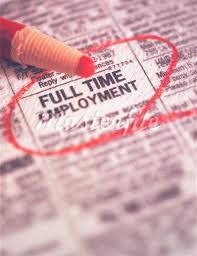 The report is based on figures collected by analysing postings on major online employment websites, by a survey of recruitment agencies specialising in language recruitment, and through interviews with employers in a variety of sectors. The numbers indicate that German and French are especially desirable due to the UK’s trade relationships with the two language areas. To give an example: Recruitment agencies reported that in the previous 12 months, German was the most requested language, with more than 1,500 jobs requiring German, about 25% of the total (p. 38).

There is clear evidence that employers “view language skills as a strategically important recruitment target for a wide variety of purposes” (p. 45). Unfortunately, a number of interviewees lamented the lack of sufficient language skills among their prospective recruitees from the UK labour force: One respondent said that “[it] used to be very easy to find a German speaker, it’s dried up now and it is increasingly difficult” (p. 48).

The report also clearly shows that, for most employers, UK graduates with language skills have ‘the edge’ over similar candidates without language skills (p. 50), and that employers especially value graduates who combine language skills with joint academic experience, for example in combination with law or finance: “[Studying] a subject at university such as ‘Law and French’ or ‘Economics and German’ puts you ahead because you’ll graduate with a combination of skills that not many other people have.” (Margaret Prythergch, Chief Assessor, Recruitment Strategy Team, Civil Service Capability Group, p. 51).

Discussing future skill needs, the report is quite clear about the significant role of higher education in closing a skills gap caused by a decrease in German uptake post-GCSE and growing pressure on German departments in universities:

“The continued popularity of German with employers based in the UK, and its strategic importance as a language to international institutions, would indicate a potential increase in demand in future, rather than a decrease. The decline in numbers taking German in secondary education and the closure or restructuring of German departments throughout the UK will continue to have a negative impact on the numbers of those who can speak German. As a result, the research would indicate a future widening skills gap that may need to be addressed at higher education level.” (p. 95)

Go to the UCML homepage for more information on this and related topics.